Madeira Island is a sub-tropical archipelago in the Atlantic Ocean where the weather invites us to relax.

The Madeira Island Weather/climate and it’s landscapes beauty have been attracting visits since the XVIII century. Peerless nature and an ocean of warm and crystal waters are one of the characteristics of the island.

Madeira Island has a very mild climate the entire year, it can be considered as the island of eternal spring or „Pearl of the Atlantic“. Nowadays, perhaps it is better known as the birthplace of Cristiano Ronaldo – CR7 ( the Portuguese football player).

The north-east trade winds, which blow during the year, bring a bit of humidity and rainfall in the north facing slopes. At winter time, Madeira Island can be affected by Atlantic depressions. 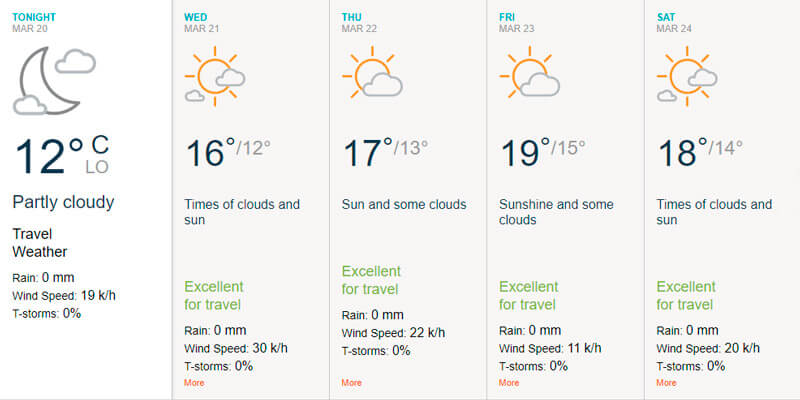